Some of the most exotic research involving magnetism is sponsored by the U.S. Defense Advanced Research Projects Agency, known as DARPA. One of their programs, literally, boggles the mind as it delves into areas once considered the realm of science fiction and could lead to new medical breakthroughs.

Under its Next-Generation Nonsurgical Neurotechnology (N3) program, scientists at prestigious research labs are exploring how to make wearable brain-machine interfaces that could ultimately enable diverse national security applications such as control of active cyber defense systems and swarms of unmanned aerial vehicles, or teaming with computer systems to multitask during complex missions.

Several of the projects are aligned closely with magnetism effects and technology. We reached out to DARPA and the project teams for details about two of them, particularly – Brainstorm project led by Battelle and MOANA project let by Rice University.

“DARPA is preparing for a future in which a combination of unmanned systems, artificial intelligence, and cyber operations may cause conflicts to play out on timelines that are too short for humans to effectively manage with current technology alone,” said Al Emondi, the N3 program manager. “By creating a more accessible brain-machine interface that doesn’t require surgery to use, DARPA could deliver tools that allow mission commanders to remain meaningfully involved in dynamic operations that unfold at rapid speed.”

For the military’s primarily able-bodied population to benefit from neurotechnology, nonsurgical interfaces are required. Yet, in fact, similar technology could greatly benefit clinical populations as well. By removing the need for surgery, N3 systems seek to expand the pool of patients who can access treatments such as deep brain stimulation to manage neurological illnesses. 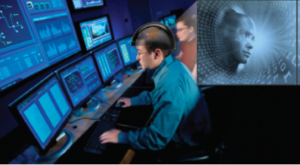 The N3 teams are pursuing a range of approaches that use optics, acoustics and electromagnetics to record neural activity and send signals back to the brain at high speed and resolution. The research is split between two tracks. Teams are pursuing either completely noninvasive interfaces that are entirely external to the body or minutely invasive interface systems that include nanotransducers that can be temporarily and non-surgically delivered to the brain to improve signal resolution.

Noninvasive neurotechnologies such as the electroencephalogram and transcranial direct current stimulation already exist, but do not offer the precision, signal resolution and portability required for advanced applications by people working in real-world settings. The envisioned N3 technology breaks through the limitations of existing technology by delivering an integrated device that does not require surgical implantation but has the precision to read from and write to 16 independent channels within a 16mm3 volume of neural tissue within 50ms.

Each channel is capable of specifically inter-acting with sub-millimeter regions of the brain with a spatial and temporal specificity that is comparable to existing invasive approaches. Individual devices can be combined to provide the ability to interface to multiple points in the brain at once. To enable future non-invasive brain-machine interfaces, N3 researchers are working to develop solutions that address challenges such as the physics of scattering and weakening of signals as they pass through skin, skull, and brain tissue, as well as designing algorithms for decoding and encoding neural signals that are represented by modalities such as light, acoustic, or electromagnetic energy.

“If N3 is successful, we’ll end up with wearable neural interface systems that can communicate with the brain from a range of just a few millimeters, moving neurotechnology beyond the clinic and into practical use for national security,” Emondi said. “Just as service members put on protective and tactical gear in preparation for a mission, in the future they might put on a headset containing a neural interface, use the technology however it’s needed, then put the tool aside when the mission is complete.” 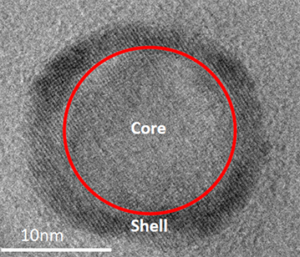 For the BrainSTORMS project, the Battelle team, under principal investigator Dr. Patrick Ganzer, aims to develop a minutely invasive interface system that pairs an external transceiver with electromagnetic nanotransducers that are nonsurgically delivered to neurons of interest. The nanotransducers would convert electrical signals from the neurons into magnetic signals that can be recorded and processed by the external transceiver, and vice versa, to enable bidirectional communication. 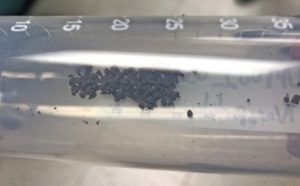 “At Battelle, we’re excited about the BrainSTORMS (Brain System to Transmit Or Receive Magnetoelectric Signals) program,” commented Ganzer. “We are continuing to work on the second phase of developing a high-performance, bi-directional brain-computer interface (BCI) for clinical applications or for use by able-bodied members of the military.”

“Our work centers around magnetoelectric nanotransducers (MEnTs) localized in neural tissue for subsequent bi-directional neural interfacing. Our preliminary research gives us a high degree of confidence in programmatic success and we would be remiss if we did not give credit to our incredible team that includes Cellular Nanomed Inc., the University of Miami, Indiana University-Purdue University Indianapolis, Carnegie Mellon University, the University of Pittsburgh and the Air Force Research Laboratory.” 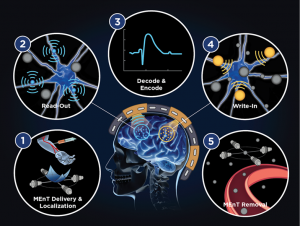 Figure 1 outlines the original Phase 1 approach, in which MEnTs are first injected into the circulatory system, localized into the cerebral tissue using a magnetic field gradient, and then interact with neural tissue and applied magnetic fields to provide non-surgical neural interfacing. Several of these goals and

N3 program metrics were achieved during Phase 1, leveraging the multi-modal expertise of the BrainSTORMS team across the domains of electromagnetics, nanoscale materials, and neurophysiology. Phase 2 efforts will focus on developing the MEnTs for writing information to the brain. 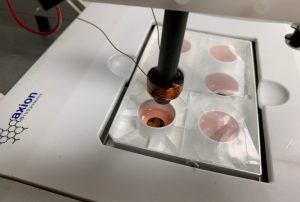 Most of the current BCI research, including Battelle’s NeuroLife technology, focuses on helping people with disabilities who must undergo invasive implant procedures including brain surgery to enable a BCI that can restore lost function.

In the BrainSTORMS approach, however, the nanotransducer could be temporarily introduced into the body via injection and then directed to a specific area of the brain to help complete a task through communication with a helmet-based transceiver. Upon completion, the nanotransducer could be magnetically guided out of the brain and into the bloodstream to be processed out of the body.

The nanotransducer would use magnetoelectric nanoparticles to establish a bi-directional communication channel with the brain. Neurons in the brain operate through electrical signals. The magnetic core of the nanotransducers would convert the neural electrical signals into magnetic ones that would be sent through the skull to the helmet-based transceiver worn by the user. The helmet transceiver could also send magnetic signals back to the nanotransducers where they would be converted to electrical impulses capable of being processed by the neurons, enabling two-way communication to and from the brain.

Among the collaborators is Sakhrat Khizroev at the University of Miami who has been leading the effort in nanoparticle synthesis and characterization. Together with Ping Liang, Khizroev has pioneered magnetoelectric nanotransducers for medical applications. Cellular Nanomed Inc., a California-based small business led by Liang, is developing the external transceiver technology. 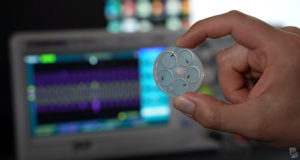 The Moana project, led by a team at Rice University team under principal investigator Dr. Jacob Robinson, aims to develop a minutely invasive, bidirectional system for recording from and writing to the brain. For the recording function, the interface will use diffuse optical tomography to infer neural activity by measuring light scattering in neural tissue. To enable the write function, the team will use a magneto-genetic approach to make neurons sensitive to magnetic fields.

“The custom power electronics developed by our collaborators Angel Peterchev and Stefan Goetz at Duke University allow us to slightly raise the temperature of specific nanoparticles that can be injected into an animal model,” explains Robinson, associate professor ECE and BioE at Rice. “When heated, these nanoparticles made by Gang Bao’s lab at Rice can activate select genetically modified insect brain cells. Using different amplitude and field strength of magnetic fields we’ve shown that we can quickly turn on and off specific behaviors in fruit flies using a remotely applied magnetic field. In the future, and in conjunction with the US FDA, we hope to use similar technologies to remotely activate specific neurons in the visual cortex of humans to help restore sight to people that suffer from blindness.” 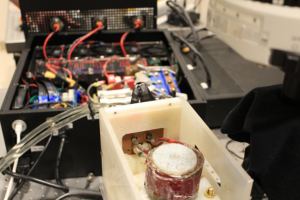 The objective is to design to provide a high-bandwidth brain-computer-interface without the need for a surgically implanted device. The device will consist of an array of flexible complementary metal–oxide–semiconductor (CMOS) chiplets that can conform to the surface of the scalp and implement our optical readout technology based on Time-of-Flight Functional Diffuse Optical Tomography (ToFF-DOT).

In addition, a magnetic stimulation array will be fitted into a head cap to activate genetically engineered magnetic sensitive ion channels. This stimulation and readout technology will communicate wirelessly with a base station and will fold into a volume of < 125 cm3. The modular system is planned to be configurable to cover any portion of the head to interface with multiple cortical regions.

They also accomplished, as depicted in Fig. 2, successful tape-out of the MOANA chiplet and design of a prototype flexible patch for imaging a brain phantom through a 5mm skull phantom. Photon counting ability met the design specifications for an integrated ToFF-DOT system.

In Phase 2, the team aims to advance its work further toward the goal of reaching demonstration in humans in Phase 3. Among the goals for Phase 3 are to accomplish non-surgical reads, writes with magnetogenetics, and to demonstrate closed-loop brain-to-brain MOANA link in humans. 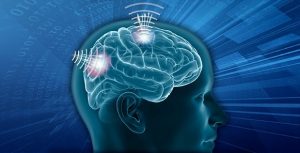