Honestly, I did not have a preference as to who was the next president, but I am happy to see their will be some fresh new faces in the White House.  Especially a female president, lets face it you good ole boys ain’t nothing without the heart and backbone of a woman.  I am not saying new faces means new strategies and changes because I already see GANG STAKING.  Here we go same ole shit different presidents.  Lets take a look at what I found to be a gang stalking tactic by our 2021 elected presidents. 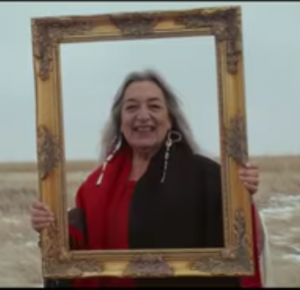 The video that was released by J. Biden and K. Harris after they won the  election was a big disappointment.  The video is a good gesture, but to a targeted individual like me its straight targeting.  If you review my fb wall you will see I repeatedly speak on the subject of how the electronic abusers framed me, and how I see them frame other TIs by manipulating their head.  Each frame represents framing that I saw happen as a targeted individual, in the different scenarios throughout the video.  I know that whomever created and approved this video are listeners of the voice to skull technology.  One of the things I hear clearly is voice to skull saying all the time that I got framed.  I’m force to listen.    Voice to skull has been saying I’ve been framed in many situations for over 15 years.   As if I don’t know that.  In my opinion they know I believe they are the ones doing the framing this is their double standard.  Posts on my Facebook timeline does not reflect the exact time and date the actual events took place.   These statements i’m making in regards to the president elect Biden and Harris puts them in the heart and center of being apart of organized gang stalking.  Innocent people who are not apart of organized gang stalking don’t follow instructions or commands to target another human being.  Even if v2k says something like if you do this they will see that you care and you are awake.  Wrong the only thing a targeted individual wants anyone to do in regards to their targeting is showing action, implementing a plan to end this torture of innocent people.  True awake people don’t show they are awake by following the destruction of this technology.   Any participation in following directions or commands is targeting.  This is their M O and this is what they want their perpetrators/followers to do.  Speaking words that v2k ask you to speak makes you a perp.  Likewise following commands to perform a certain action (street theater).  Ask yourself why would a targeted individual need you to show them, what V2k commands you to say or do.  A perpetrator don’t even know why v2k is asking them to follow instruction in the first place.  Besides perps are really clueless and dumb, because i’ve seen this technology straight tell on the perp.  And they didn’t even realize that’s what they was doing.   The perp thought they was harassing me but telling on themselves.  In addition why would they need you to follow foolish commands when they can clearly speak to the target directly.   It is a tactic designed to attack the target from all angles/directions.  Giving the target no way out and to not let the target breathe.  I know some people don’t have the common sense god gave them as my grandmother use to say, but sometimes you have to put this in plain english.  In conclusion if you are caught following commands or instructions you leave the targeted individual no choice but to believe you are deliberately and intentionally causing them harm.  Targeted individuals you need to know your rights.  Perps you need to understand why TIs want you arrested for crimes you commit against them.  Will a perp stand up in a court of law and state that the RNM, V2k, and the Electronic Harassers told them to do it.  That’s not go cut it.  And it didn’t work for the perps I already had arrested.  But instead this technology played courtroom games to have these perps turn the tables,  play victim, released, charges dropped, or lessened.  UNLESS THEY WAS UNDER COVERS.  I GOT PROOF PROOF

All government office officials took a OATH and violates it everyday.  You should start your research here:

…AND OF ALL PEOPLE THE PRESIDENT OF THE UNITED STATES SHOULD NOT BE GANG STALKERS.  WE are 3 for 3 out of the last 3 PRESIDENTS